I was shocked to learn that ISIL/ISIS has an actual magazine they publish regularly. In fact they have published 11 volumes so far, the latest being 65 pages long. 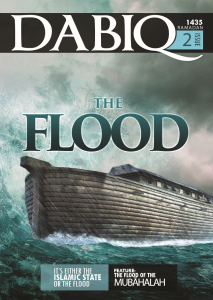 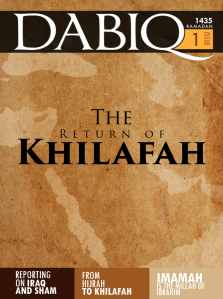 It is well-laid out and designed clearly by people with mass media experience and a social media savviness (there are hashtags on page 3). The publication is in Arabic and translated into multiple languages including English.

The photographs are high-quality and there are 14 articles in the most recent edition including profiles of fighters, interviews, columns, video links and geo-political analysis. There are no authors’ names attached to the articles except when the article is lifted from another publication.

One thing I noticed is the surprising amount of eschatologically driven articles focused on interpreting ancient Islamic writings to justify the jihad against the west (known as the crusaders) and any of their allies. There is even a quote that defines the overall strategy of ISIS/ISIL: 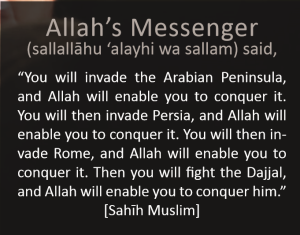 Coming from a Christian perspective with evangelical roots and having experienced a variety of facets of this including charismatic and fundamentalist expressions I recognized immediately the kind of end times writing designed to justify certain types of actions and mobilize “warriors for God”.

This kind of approach is remarkably effective, especially with the disenfranchised. We have seen it work again and again within Christianity.

Indeed, as much as I have wished and prayed against this becoming a holy war the conflict is starting to bear all the hallmarks of a crusade between Christianity and Islam with leaders on both sides utilizing religious rhetoric to fire up their people and inflame their emotions.

In the United States one company has gone so far as to start engraving text from the Bible into weapons. Specifically they engrave a verse from Psalm 144 that says “Blessed be the Lord, my rock, who trains my hands for war and my fingers for battle,”. 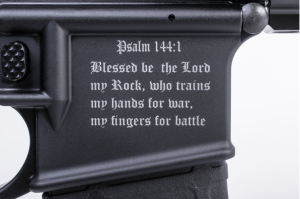 The $1,400 high-powered rifle is called The Crusader and was created to prevent Muslim fighters from using it… or in the words of the company spokesperson:

“Off the cuff I said I’d like to have a gun that if a Muslim terrorist picked it up a bolt of lightning would hit and knock him dead,”.

Clearly the extreme ends of our various global cultures are becoming more and more inflamed and it is becoming increasingly difficult to maintain any kind of balanced perspective.

We live in frightening times.

This site uses Akismet to reduce spam. Learn how your comment data is processed.